Entries are now open for the Dust Bowl Writing Competition as part of the John Steinbeck Festival of Literature, Music and Film (27-29 February).

The winner will be announced and presented with the inaugural Dust Bowl Writing Award on Saturday 29 February by special guest Malachi O'Doherty.

See below for competition guidance notes. Deadline is 31st January 2020.

Also, in association with the festival there will be a free screening of the epic Steinbeck classic 'East of Eden' starring James Dean here on Friday 28 February at 7pm. Tickets are free and are available from our Box Office (028) 777 60650. 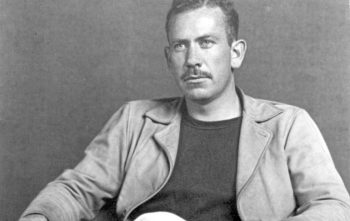 Steinbeck Writing Competition as part of the Steinbeck Festival of Literature, Film and Music