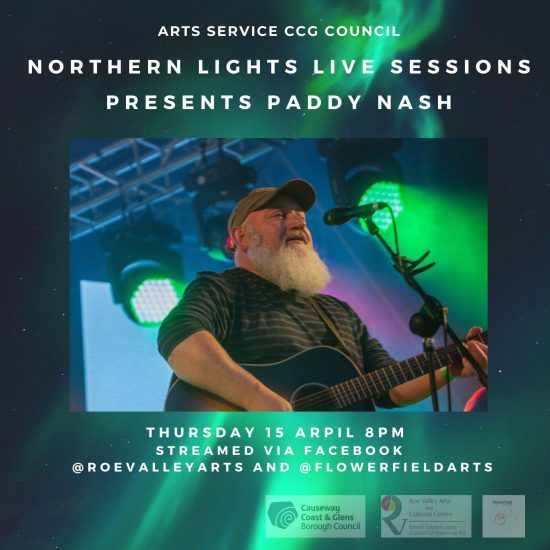 We are thrilled to present Paddy Nash as part of our Northern Lights Live Sessions on Thursday 15th April at 8pm via Facebook Live @roevalleyarts.

Adopted Limavady man, Paddy Nash has been writing and playing songs for over 30 years.He's toured Europe and America and has released numerous albums on his own label.

His unique blend of Folk-Rock-Country-Punk-Blues continues to build an audience who revel in rich, social commentary and big melodies. Paddy has often been described as 'The North West’s John Prine.

If you miss it you can also watch the concert after 15th April on our Youtube and Facebook channels.