Join us for live music in Drumceatt Square! 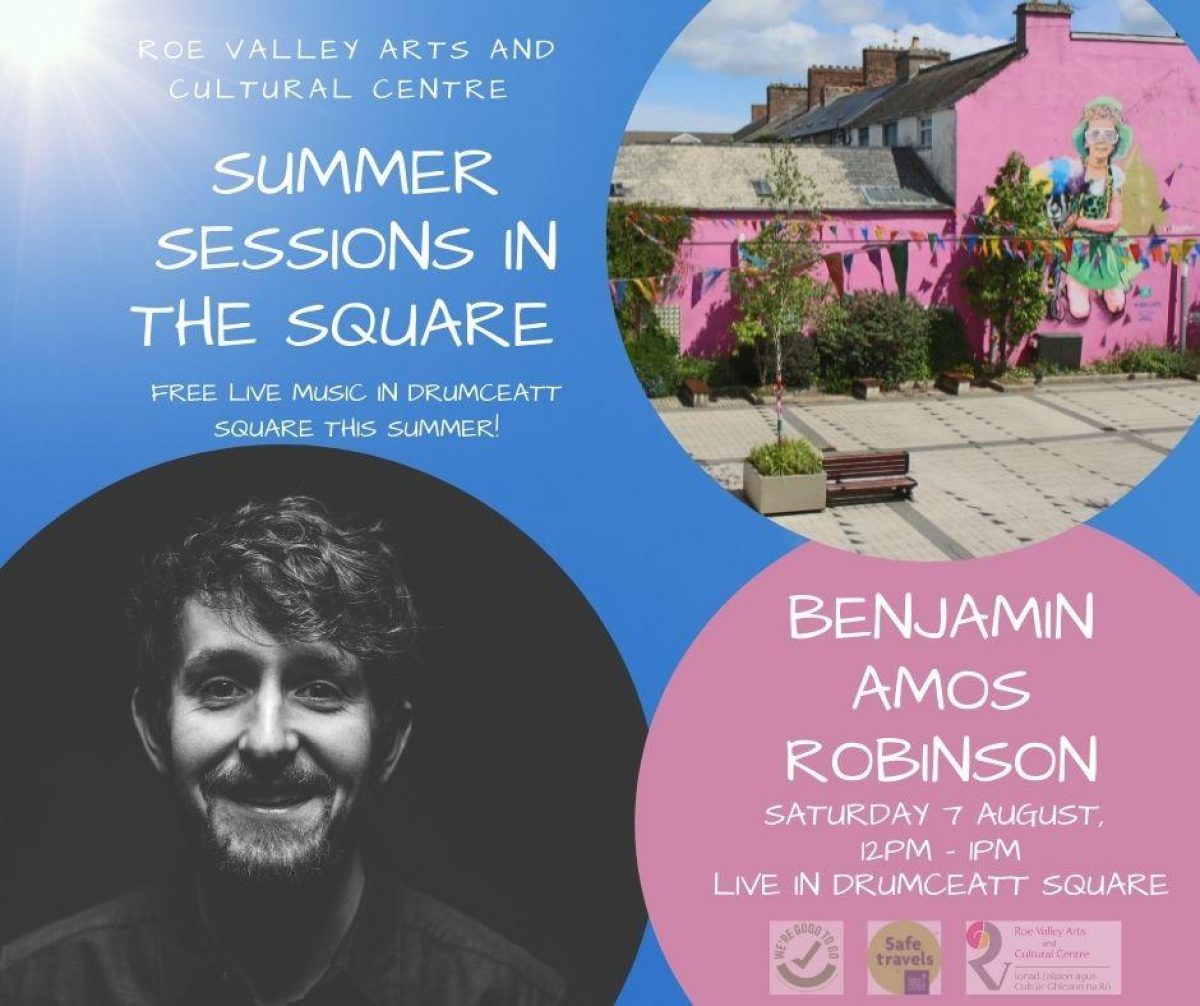 Join us for live music in Drumceatt Square!

Join us for a FREE acoustic gig with singer, songwriter Ben Robinson on Saturday 7th August, 12pm - 1pm in Drumceatt Square just outside Roe Valley Arts and Cultural Centre. The sessions are free to watch, so why not grab a coffee and enjoy sitting in the square listening to live music.

Benjamin Amos is a singer-songwriter who plays in a variety of bands alongside producing his own work. In 2020, he released a Christmas album, on indie label Butterfly Effect, that featured on a variety of the BBC Music Introducing shows. Ben previously fronted bands that found success in his country of birth Northern Ireland (Sullivan & Gold and The Good Fight). His Sullivan & Gold album, For Foes, was nominated for the NI Music Prize and he has supported acts like Lisa Hannigan, toured the Scottish Hebrides, and played live sessions across BBC and RTE stations. Upon moving to the North-East he found a musical home at The Westgarth Social Club, amongst the Spooker Rekkids rabble, before success as co-writer and producer for Teesside favourites Nel Unlit, who’s debut album received much airplay and praise on BBC Radio 6 from Tom Robinson. 2022 sees Benjamin begin to release material from his first solo album coming later in this year.

Ben will be playing the following gigs this summer around the UK: