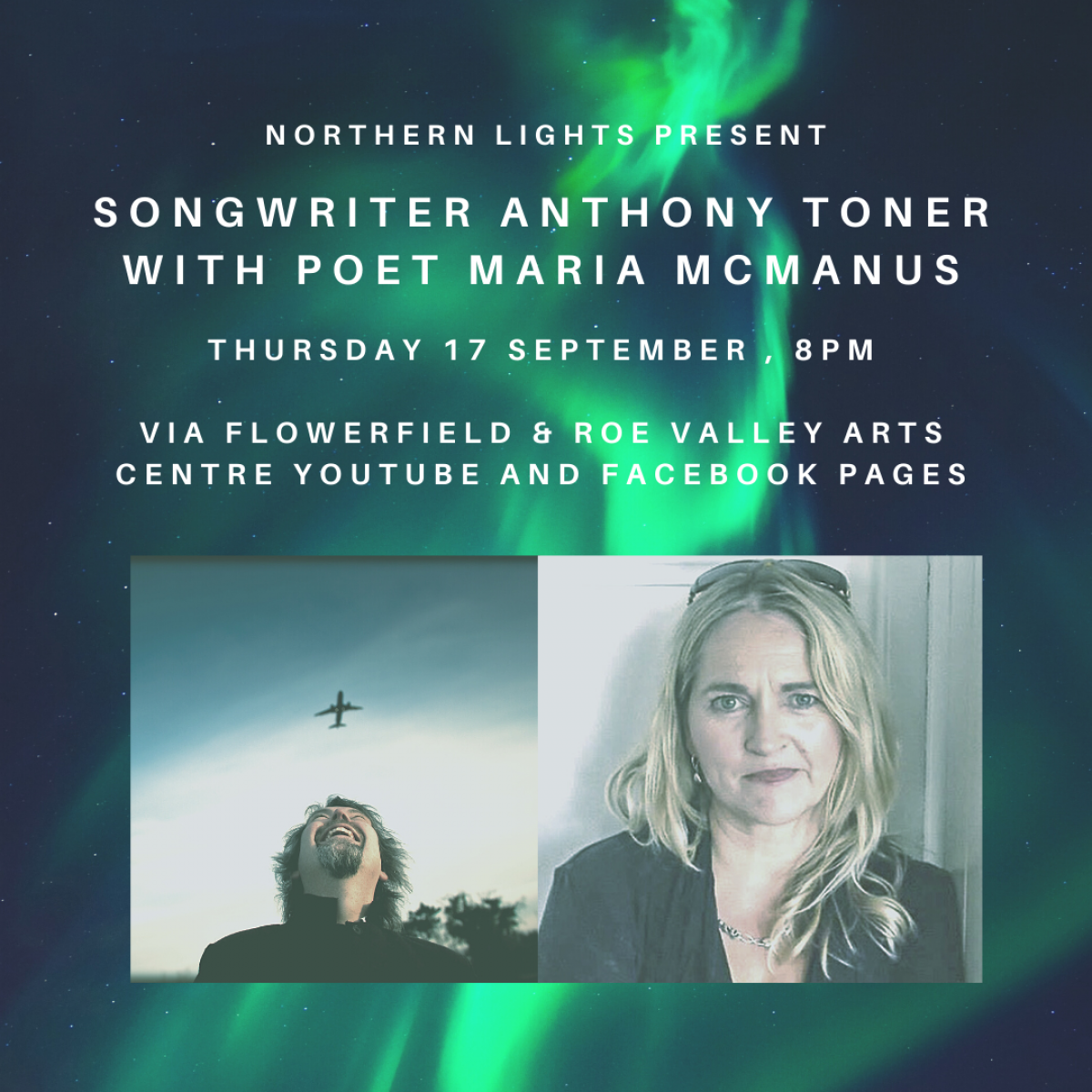 Join us online via Youtube and Facebook for this unique joint performance by Anthony Toner and Maria McManus.

Songwriter Anthony Toner makes a welcome return – albeit a virtual one – to Flowerfield Arts Centre for a ‘filmed live at home’ concert, to be broadcast as part of the Causeway Coast and Glens Borough Council’s Arts Service Northern Lights series, on Thursday 17 September. Special guest for the performance will be acclaimed Poet Maria McManus, who will read some of her works alongside Anthony’s songs.

One of Northern Ireland’s most renowned songwriters, Anthony has built a strong following over the last ten years, here and more recently in Scotland, with a string of well-received albums - and a strong touring schedule. His live performances are noted for their fascinating and insightful between-song stories as well as his well-crafted lyrics and peerless finger-style guitar playing.

Expect a selection of Anthony Toner favourites, including Sailortown, The Road to Fivemiletown, Well Well Well, and a selection or two from his recently-released album of cover songs, Ghost Notes, Vol. 1.

Enniskillen-born Maria McManus now lives in Belfast and is the author of four collections of poems, the most recent of which is Available Light. She is also a poetry mentor for the Poetry Society, and is the driving force behind the Poetry Jukebox, a wonderful free-standing speaker loaded with poems available to hear at the touch of a button.

You can watch both Anthony and Maria from the comfort of your armchair when the recorded performance is broadcast on both our own facebook page, Roe Valley Arts & Cultural Centre’s facebook pages and our youtube accounts on Thursday 17 September at 8pm.

This is the first of our Autumn Northern Lights series, followed by a live concert by LORE on 8 October, Ten x 9 Live Storytelling on 30 October and Writer Bernie McGill in conversation with Jessica Bates with music by Hannah

McPhillimy on 19 November, and they're all free to watch from the comfort of your sofa! 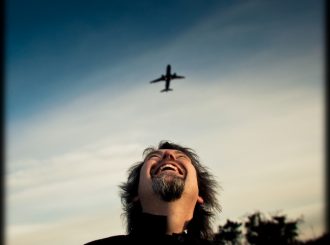 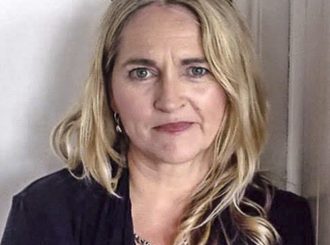